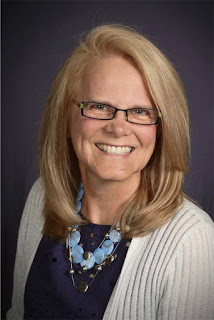 Ellen List grew up on a 250-acre farm. Unlike most writers, her childhood interests did not include reading and writing. Instead, she drove tractors and played football with the boys. Her dislike for reading and writing continued throughout high school, college and beyond.

When her own children were in college, Ellen signed up for a nine-month Bible study called Kerygma, which required a great deal of reading and writing. One day, the teacher read Ellen’s homework paper aloud. After class, an older gal approached asking, “Do you write?” The idea was laughable, but Ellen, quickly sobered when this woman stated, “My writers group meets this Thursday at 1:00. My house. Be there.”

And there, under the kind tutelage of Marcie and her Wordweavers, Ellen learned what she’d been missing all of her life. Writing.

Within six months, at the St. Davids Christian Writers Conference, Ellen won the prestigious Alma K. Weber award for the most promising upcoming writer. Within the next year, she had 26 articles published in both Christian and general markets.

In the sixteen years hence, her by-line has appeared in numerous venues including online, magazines, devotional books, and newspapers in Pennsylvania, Ohio and Colorado. One of her short stories is published in Miracles & Moments of Grace, Inspiring Stories of Survival.

This year, her speaking engagements included the entire 6th grade class in a local school system on the topic of writing.

Ellen List and her husband, Daryl, live in West Middlesex, PA. They have two grown children: Amanda and Mike. Ellen enjoys playing handbells, coaching Cross Country and especially her four grandchildren, who were all born the same year. Triplets: Kennedy, Mia and Andrew, and Kaetie.